Dwarves and Lizards and a Walking Tree

First, a dwarf merchant and some dwarf fighters from the dwarven kingdom of Firestone. Figures are from Foundry.

Assorted dwarf swordsmen, gunners, and wizard, either from the dwarven kingdom of Beerstone or among the wandering Freestone dwarves. More Foundry figures. 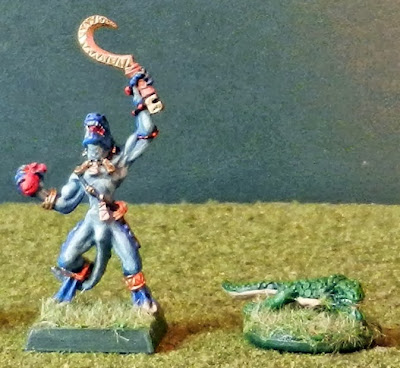 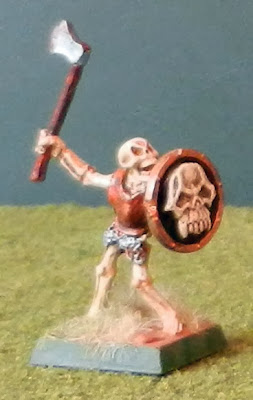 Large plastic treeman from the Reaper "bones" line. The head and arms were separate, but had deep well-fitted connections making it a breeze to put together for a strong finished piece. Could make for a good forest-based monster or a creature or construct under control of a forest or jungle-dwelling shaman. 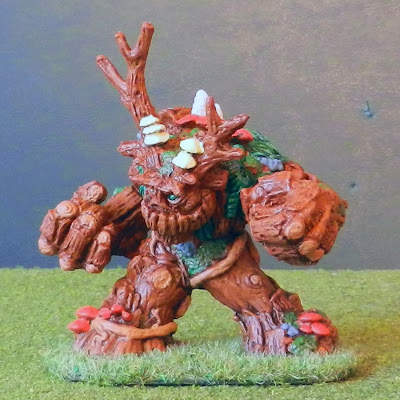 While I am slowly chipping away at my old lead pile, with some fantasy miniatures currently on the painting desk, I have also been playing Paizo's Pathfinder Adventure Card Game. I am thoroughly enjoying this game so far. In the past week or so I have played through 4 of the scenarios, playing solo as a single character. I like the artwork on the cards. The wide variety of cards keeps the game interesting, and I believe will allow for multiple enjoyable plays of the adventures and scenarios. I believe there is also a lot of potential for player-provided content and customization if people want to go outside the box.
The game plays pretty quickly (easily under an hour), doesn't take a huge amount of space or a lot of setup time. The rules book could be better organized, but there is already a lot of information on-line at Paizo and BoardGameGeek, so finding answers to questions isn't hard. After a couple of play-throughs I think I have a good handle on the rules, which hasn't always been the case with other games.
All in all, I find the game quite engaging. It's the sort of game where when I finish one scenario I want to go on right away and play another.
I know the game is not everyone's cup of tea, but if you're looking for a solo fantasy game with rpg-like elements I think this card game is worth checking out.

In other news, I understand the Rory's Story Cubes people are going to start coming out with themed 3 cube sets to mix in with the existing cubes when you want some thematic flavor. I think one of the first ones will be a fairy tale set, and another will be a dinosaurs or prehistoric theme, and a third one whose theme I forget (I was distracted by the dino/prehistoric theme). Apparently the idea is if these sets sell well enough they might do more themed sets like them in the future.
Posted by Fitz-Badger at 1:50 PM No comments: