More mouslings from Reaper. All except for the king and princess are from the Mousling Tavern set.

The mousling king and princess 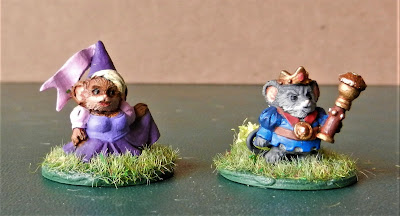 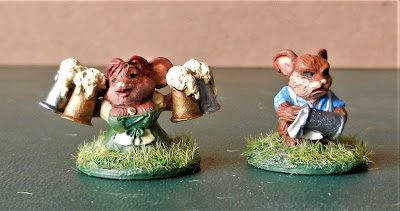 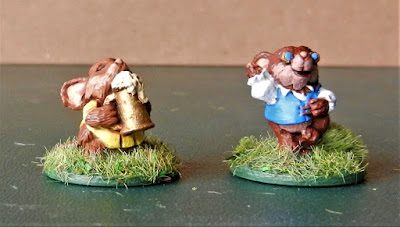 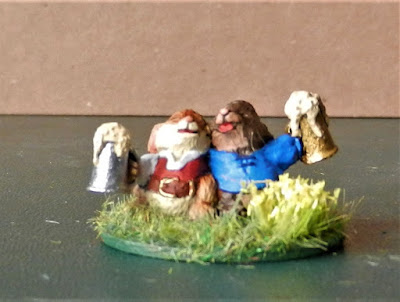 I had previously painted the first 6 of these GW space goblins; then bought a few more on ebay (unpainted) to create a small force for games like Pulp Alley and sci-fi skirmish-level games.

The leader and some fighters 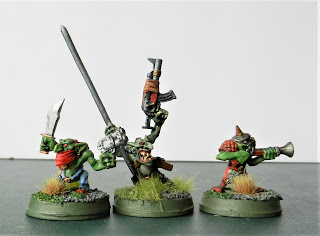 Group of shooters - these would make up a mob in Pulp Alley - I modified a couple of these (added spiked helmet and bandanna using greenstuff and a plastic spike).

More fighters - I changed the middle guy's knife/sword for a sword from an old plastic orcs boxed set. 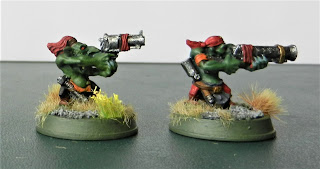 These last 10 are the ones I just finished painting over the last few days.
Posted by Fitz-Badger at 5:38 PM 8 comments:

First, the birds. I'm not sure exactly which species they are meant to be, diatryma, gastornis, etc. Some sort of prehistoric giant birds. They stand taller than a grown man. I painted them using a color scheme inspired by cassowaries, even though that is a totally different big bird. They were sold as Venusian Terror Birds in the Venus 1888 Woman at War kickstarter.

These robots are from Pulp Alley. They have stats and cards and figure into some of the Lemuria campaign's scenarios. But I will be using them for sci-fi adventures. They are also somewhat taller than a human (in scale, of course!). 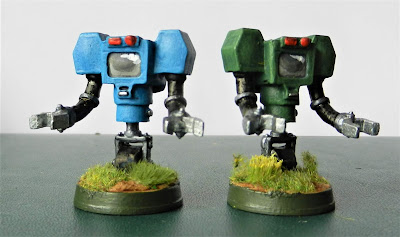 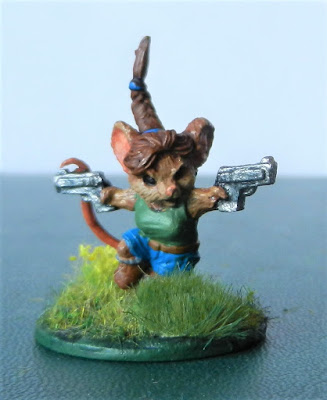 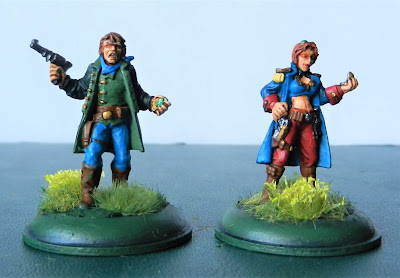 Another steampunk character. I don't have specific use for him yet. Maybe a space lawman of some sort? 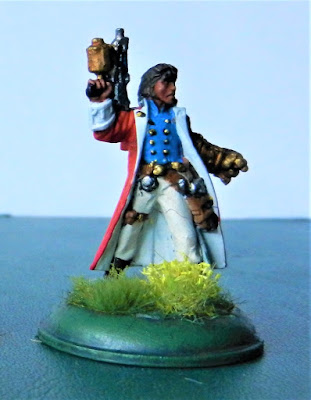 Space mouslings from Reaper - all but one are from the soft plastic Bones line. The other one is an old metal figure (the one with the pistol on the left of the second photo; which I had painted previously), along with 3 other space mouslings in sort of starship uniforms. Fun little guys.

I finished some more dwarf musketeers from Iron Mask Miniatures. Slowly building up enough to go from skirmishes to small battles.

These are metal figures, most with separate hands and heads. I like how easily the pieces fit together. The joins aren't precise, but don't need to be. The heads fit onto stumps of necks on the torsos, and the usually gloved hands fit onto stumps at the ends of the arms, with plenty of surface area to hold quite well. The only thing I don't care much for is how thing some of the weapons are; prone to bending often. In those cases I have clipped off the sculpted blade, drilled a whole and inserted a piece of wire/paperclip in place of the blade.
Posted by Fitz-Badger at 5:16 PM 7 comments: