I finished off a few assorted fantasy miniatures.
An old GW halfling and a Reaper elf 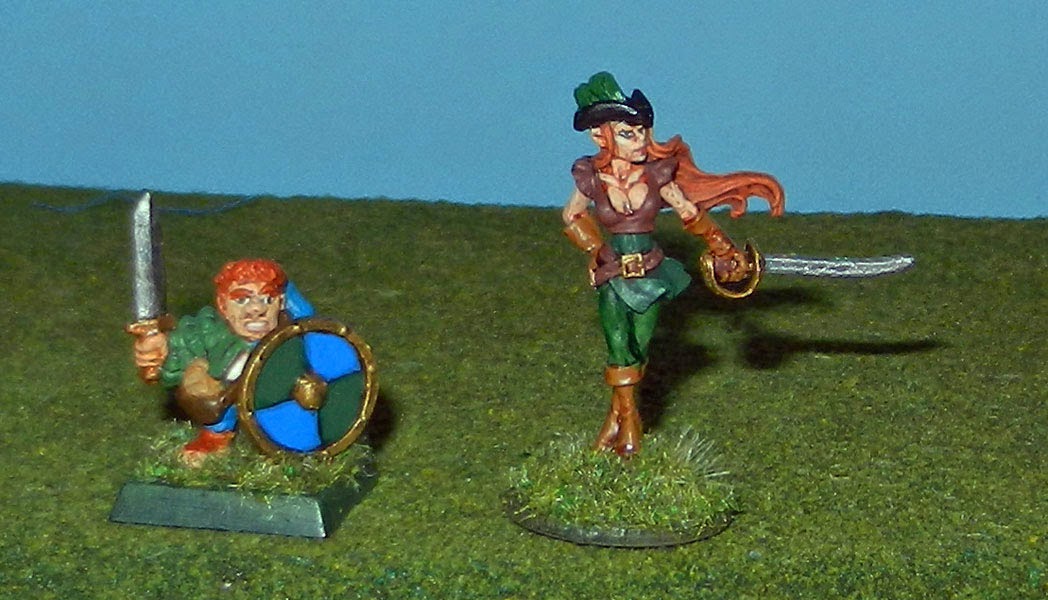 An owlbear and a mimic from Otherworld Miniatures, which seems to have good range of 25-28mm miniatures that hark back to some of the old artwork for D&D. I like the style of the figures. Otherworld's service was good, too. They added in a few figures I hadn't ordered, at no extra cost. 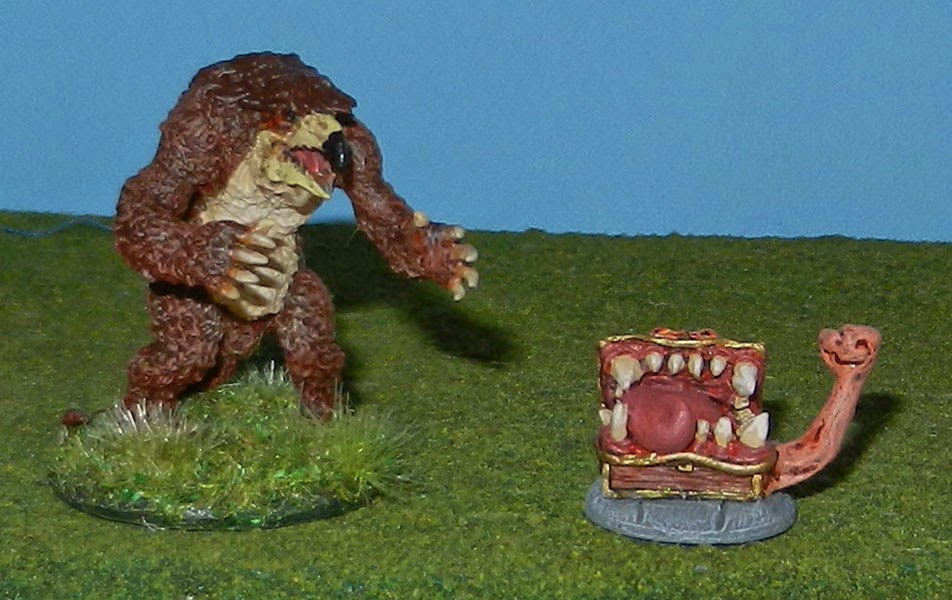 I also have some kobolds from Otherworld. The kobolds look great, but they are small figures, about halfling size, and many of them come with separate hands or arms that I haven't been able to attach solidly yet. I wish they were all cast in one piece. I dislike trying to assmble small figures.

And some snow goons from Reaper. When I placed an order with them in December the snow goons were included free as the "perk" for ordering that day. Reaper was doing a sort of "12 days of Christmas" promotion where they included a free figure or so depending on which day you placed your order.