Rose Red and the Eight Bears

Well, bear knight dwarves. These figures were originally part of a kickstarter. Now available through The Assault Group. I recently realized that I had not received my set of these from the kickstarter so I contacted the person in charge of the project and he kindly sent me a replacement set.

They are nice single part metal miniatures that fit in well with the chunky GW style of old. There are the command figures (hornblower/bugler, banner-bearer, and leader - the latter does not come with a shield but his hand is raised in a 2 finger salute, so I added a shield myself), and a few regular troops with big hammers. The set I received also included the dwarf spear maiden, alluringly raising her skirt a bit to show a little leg. I didn't get very creative with the color scheme, mostly going with a similar scheme to the ones I have seen online, but maybe simpler. 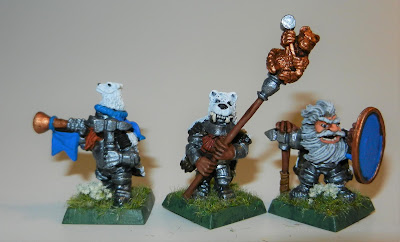 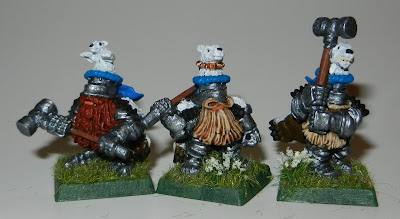 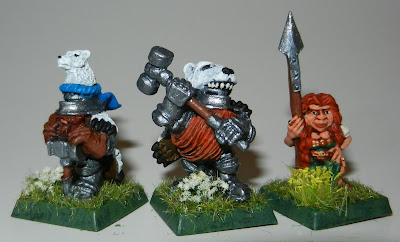 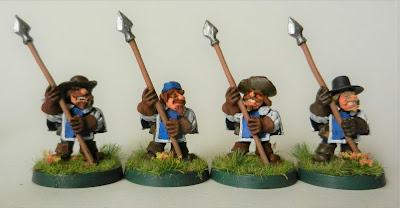 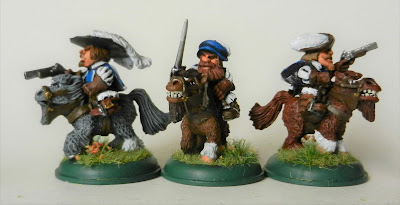 More dwarf musketeers (with muskets this time) from Iron Mask Miniatures. I still have a good number of figures from them to paint.

And just for fun, these are all of the Iron Mask minis I have painted so far. Doesn't look like so many when I look at this, but they will grow in number over time.