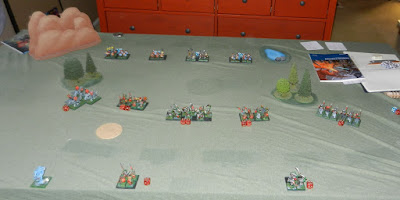 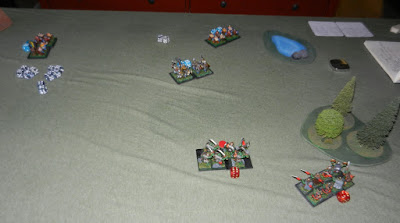 Still, it was fun and gives me more confidence about wanting to base some of my figures on multi-figure stands for small battles. And I can use just some of my existing figures for that, and still have plenty to leave as single figures for other games, such as dungeon crawls, skirmishes and such.
Posted by Fitz-Badger at 8:55 PM